I thought I’d write a quick blog on a recent trip, to try and capture an Aurora Borealis (Northern Lights), from Dartmoor, as I have had a few questions about apps and camera settings.

After installing a great little Android app when I was in Iceland this year (Aurora Alert) I often get periodic alerts of low KP’s (strength f the aurora from 1 to 10) in the south but up until now I’ve kind of ignored them (although I did go up on the last KP 6 alert). 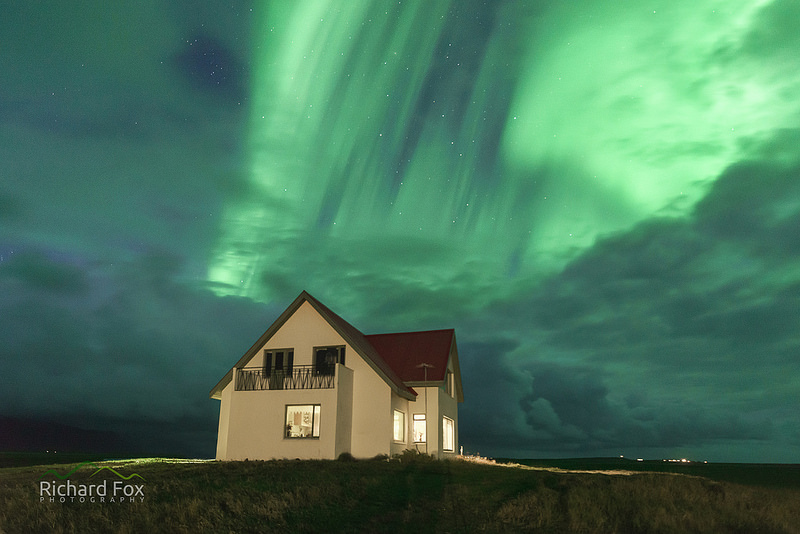 This was until yesterday. I got a KP 7 warning on the phone at about 7pm, and then a couple of friends, in the south east, posted on social media that they were hoping to see it. This made me wonder if we could see it on Dartmoor. The weather of late has been awful and I was in two minds to go out. Despite having manflu I decided to venture up, just in case.

The main spur was the forecast map the app gave me: 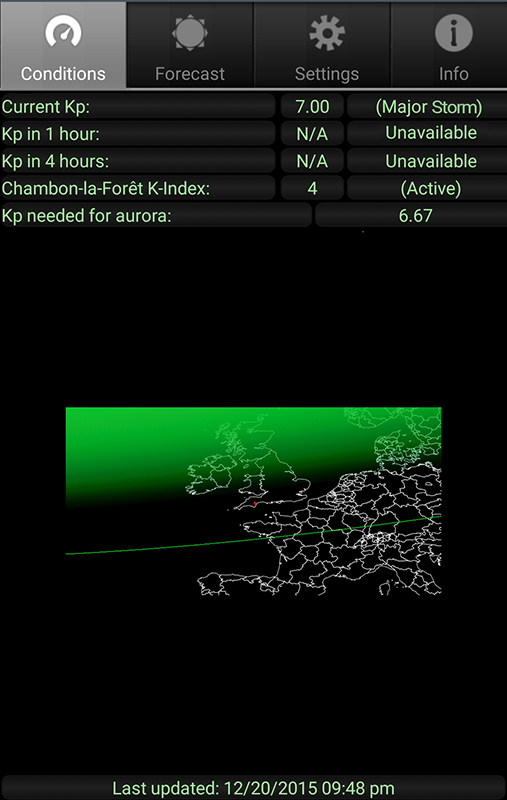 It suggested the aurora could be seen from northern France. The weather was not the best – isolated storm and rain clouds were rolling in on a fairly bitter wind. The Sat24 app infrared map showed the cloud cover rolling in from the south west. As I arrived at Haytor, it was raining heavily and I sat in the car, waiting for it to pass over. I made my way up and sheltered from the wind between Lowman’s and Haytor Rocks. 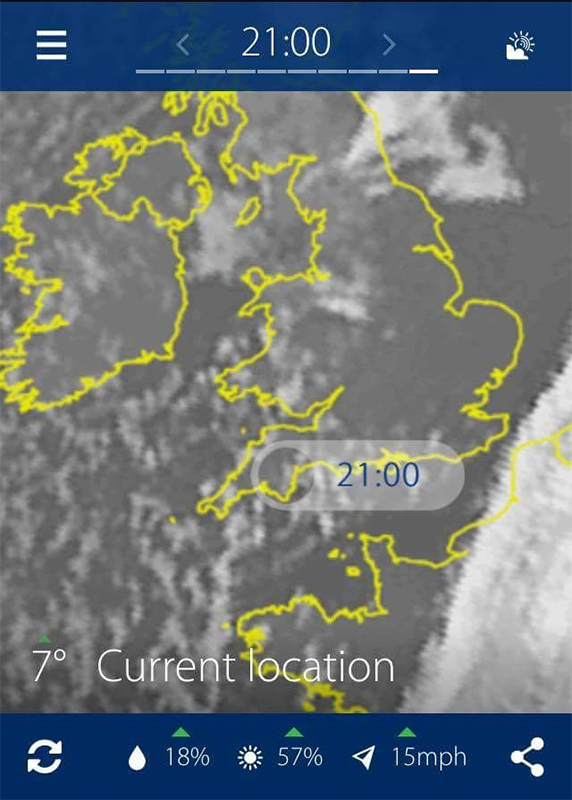 As I waited the app indicated is was still a KP level 7, so I waited for about 2 hours in total for the clouds to move over. From previous experience I knew I’d have to look directly north, but also Haytor and Lowman’s Rocks lay in and east to west direction, so might be able to get it into a panorama. 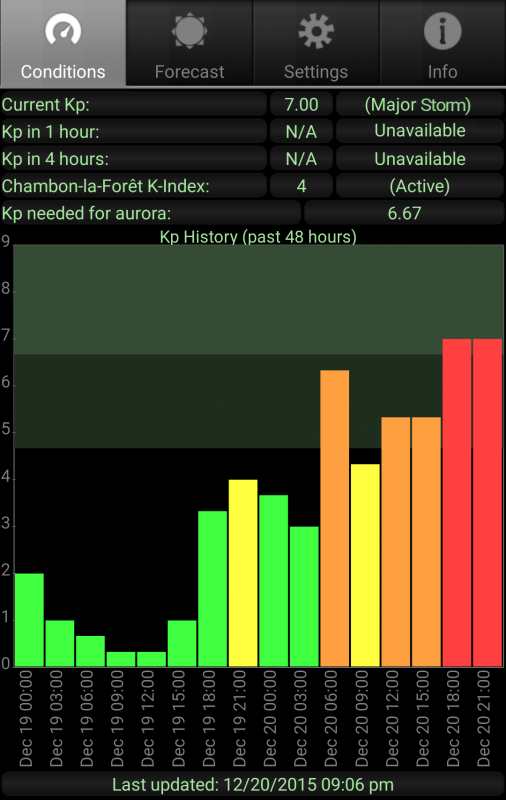 The cloud above slowly drifted away and I managed to shoot several compositions before the rain came back over. I had 4 layers of clothing on, including a down jacket, but the weather got the upper hand, and after two hours, I had to make a speedy retreat. In hindsight, looking the next morning at the historic KP levels of the previous night, a sensible decision. 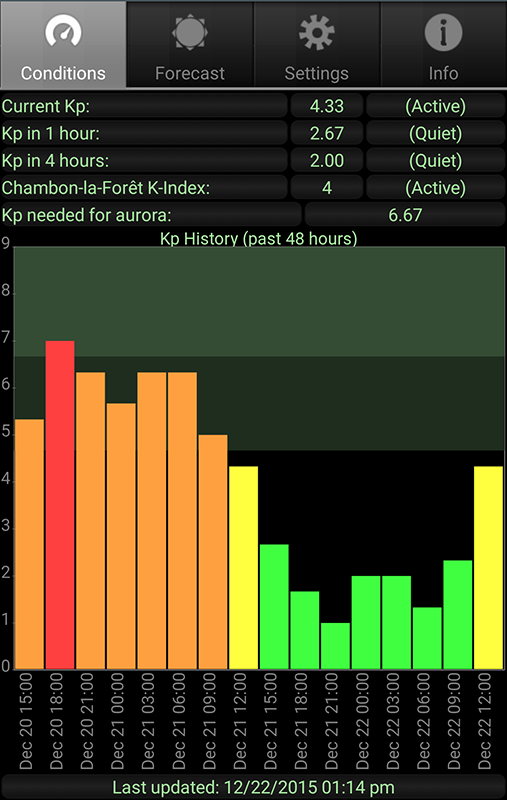 Final 3 shot panorama of Haytor Rock with the horizonal aurora

The Torquay Herald Express wanted to publish the story too: http://www.torquayheraldexpress.co.uk/Northern-Lights-Dartmoor/story-28402069-detail/story.html after contacting me for a brief interview.

The University of Lancaster will send you an email alert, if you would prefer a different service. I have tried a few free apps on Android but Aurora Alert (paid) worked the best for me, with accurate alerts (and also flux, solar wind speeds and IMF angles). If you are on iOS then there is Aurora Forecast, which is available free on Android, but I found the Android version less useful. There is also Aurora Watch UK for iOS and Android, but I found the location map above more useful. There are plenty of others if you search in the market place and online. The best info I think on the internet is Solarham.